Possibly The Largest Investment Scam In The Financial Services Industry 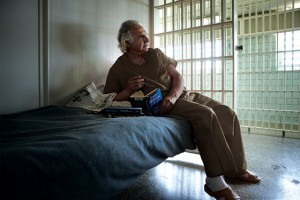 Ascot Partners, headed my investment manager Bernie Madoff, was a huge scam with intense collateral damage both personally and to the finance industry in general.  Hedge funds as described in Wikipedia are:

“investment funds that can undertake a wider range of investment and trading activities than other funds, but which is only open for investment from particular types of investors specified by regulators.” and “They also employ a wide variety of investment strategies, and make use of techniques such as short selling and leverage.”

Needless to say they are very complex financial instruments which can be extremely hard to track for the average investor. Which is one of the reason’s Madoff successfully made off with $50 billion dollars.

According to Robert Lenzner at Forbes:

“Ascot’s monthly reports are voluminous, showing many transactions in and out of the market every day. Madoff was supposed to have some “black box” model that signaled when to buy and when to sell.”

Clearly there was skepticism about the financial industry long before Madoff made-off, but this was a new low.  Consumer confidence was further seriously damaged and people lost not only their livelihoods, but in some cases their lives.

Stephanie Madoff Mack blames Bernie for the death of her husband, Mark Madoff who was Bernie Madoff’s oldest son.  The largest financial fraud scam in U.S. history caused Mark to commit suicide.  Principally because the son felt so betrayed by his father.

It also didn’t help that Mark Madoff was being sued by investors to the tune of $65 million dollars.  It was Mark and his brother Andrew that blew the whistle on their father.

According to Steve Fishman at New York Magazine, Bernie Madoff is “Free at Last” in prison. According to Fishman:

“In prison he doesn’t have to hide his lack of conscience. In fact, he’s a hero for it.”